By Concrete Solutions LabBlog
No Comments 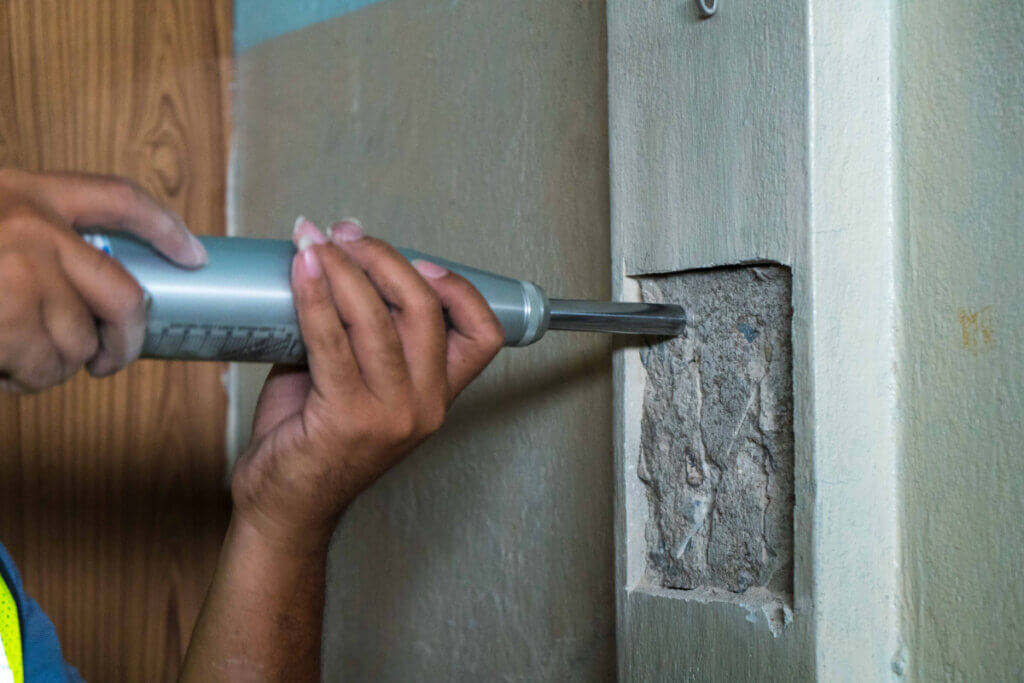 Concrete evaluation and testing has become a staple of construction projects.  This analysis is imperative to ensure that the concrete will perform its intended purpose over time.  There are several tests that can be used to determine the quality and strength of the existing concrete, some of which are destructive like cores and compression test, and others that are non- destructive testing.  Some of the most common forms of non-destructive testing of existing concrete are Rebound Hammer Testing (Schmidt Hammer), Windsor Probes Testing and Concrete Core Testing.

Rebound Hammer Testing or Schmidt Hammer is a non-destructive concrete analysis used to estimate the strength and uniformity of the existing concrete.   This method utilizes a spring-loaded hammer which is released and impacted with the concrete surface, an indictor records the distance the hammer bounces back on a linear scale.  The indictor is then referenced to a compressive strength chart to establish a relative compressive strength (PSI value).  This method can be used to quickly evaluate large areas and potentially narrow down areas with potential problems.

Concrete Coring Testing is considered a destructive test method; however, this method offers the most definitive results for determining the compressive strength of existing concrete.  This method is performed by first extracting a concrete core from the existing concrete structure.  The concrete is then brought back to the lab for compressive strength testing and evaluation.  This method offers a direct PSI values of the existing in-place concrete and is typically considered the final or the most acceptable method for acceptance of hardened concrete in the industry.

Utilizing one or more of these concrete testing procedures is an invaluable way to determine the quality of the existing concrete.  The experts at Concrete Solutions are well versed in these and other methods of concrete testing.  Our expertise, combined with a state-of-the-art laboratory at our disposal, make them an obvious choice for a variety of concrete testing needs.

To find out more about our Non-destructive and destructive concrete testing services or to schedule an appointment in the New York City or Long Island areas, fill out our contact form or give us a call at (631) 393-6520.

You can find out more about which cookies we are using or switch them off in settings.

This website uses cookies so that we can provide you with the best user experience possible. Cookie information is stored in your browser and performs functions such as recognising you when you return to our website and helping our team to understand which sections of the website you find most interesting and useful.

Strictly Necessary Cookie should be enabled at all times so that we can save your preferences for cookie settings.

If you disable this cookie, we will not be able to save your preferences. This means that every time you visit this website you will need to enable or disable cookies again.